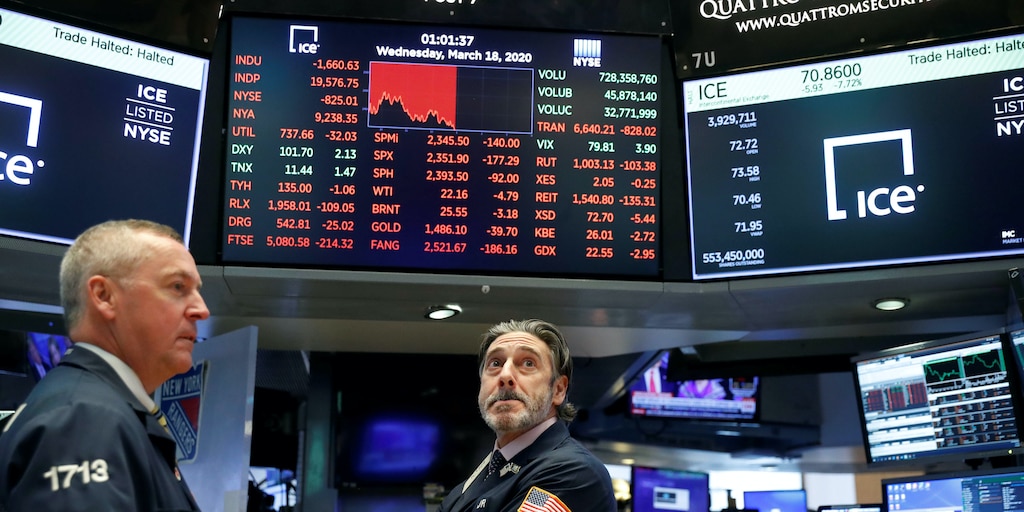 The slump extends declines from Thursday, when stocks erased early gains and finished negative after Trump said that he would hold the conference following China’s approval of a national security bill for Hong Kong.

Here’s where US indexes stood at the 9:30 a.m. ET market open on Friday:

Read more: An elite ‘ultra growth’ investor explains how he’s beating the market in 2020 — and analyzes 4 stocks he thinks will help him stay on top for the next 5 years

Tensions between the US and China have come back into the spotlight this week after Beijing moved to impose new national security legislation in Hong Kong.

On the economic front, US consumer spending posted a record drop in April as the coronavirus pandemic kept businesses closed and people at home. That occurred as the personal savings rate jumped to a record 33%, from 12.7%, as consumers looked to stockpile cash.

Later Friday, Federal Reserve Chairman Jerome Powell will participate in a virtual discussion that could give clues about the central bank’s next policy steps.

Read more: A Wall Street firm studied every crash over the past 100 years — and concluded that the unusual performance of 7 tech stocks is masking the risk of a prolonged meltdown

Oil slumped Friday, but remains on track for its best monthly performance ever. West Texas Intermediate crude fell as much as 4%, to $32.36 per barrel. International benchmark Brent crude declined 3.5%, to $34.06 per barrel.

Peet’s Coffee raised $2.5 billion in an initial public offering that defied the pandemic, the company announced Friday. The offering, which took only 10 days, is Europe’s largest and the world’s second-largest so far of 2020.

Read more: A part-time real-estate investor quit his traditional job 5 years after snagging his first deal. He shares his no-hassle strategy that’s allowed him to travel the world with his 6 kids.