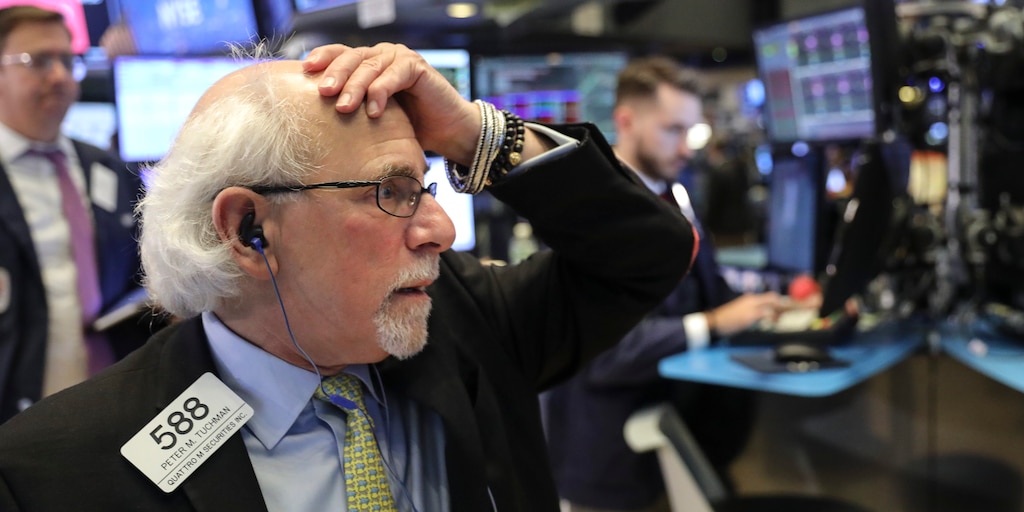 Stocks tumbled and the US dollar soared Thursday as investors doubted central banks and governments would succeed in stopping the novel coronavirus from choking the global economy.

“Extraordinary times require extraordinary action,” the ECB’s president, Christine Lagarde, said, emphasizing that there were “no limits” to her commitment to the euro.

The massive stimulus comes after the US Federal Reserve cut interest rates to near zero on Sunday and committed to spending hundreds of billions of dollars on asset purchases. President Donald Trump also signed a coronavirus relief bill into law Wednesday that expands unemployment insurance and grants sick leave to hourly employees. Congress now turns its focus to a $1 trillion stimulus package that includes support for the airline industry and direct payments to Americans.

The novel coronavirus — which causes a flu-like disease called COVID-19 — has infected more than 218,000 people, killed at least 8,800, and spread to upward of 150 countries. It has disrupted global supply chains, forced governments to temporarily close businesses such as bars and restaurants, and hammered demand as consumers stay home to reduce transmission.

Jittery investors, wary of volatile markets and a global credit crunch, took shelter in US dollars on Thursday. The demand surge pushed the ICE US Dollar Index, which weighs the greenback against a basket of six other major currencies, to its highest level since January 2017.

Moreover, the British pound slumped below 1.16 to the dollar — a 35-year low — as Prime Minister Boris Johnson announced schools would close until further notice starting Friday, and news outlets reported a London lockdown was expected.

“The US dollar is shoving a sharp spike through all other currencies,” Michael Every, the senior Asia-Pacific strategist at RaboResearch, said in a research note. The global economy runs on dollar debt, he added, meaning no one can “stand in the way of that armour-plated steamroller.”

“Despite heavy losses, we do not rule out the possibility of a deeper bear market,” Ipek Ozkardeskaya, a senior analyst at Swissquote Bank, said in a morning note.

“Equities’ race to the bottom continues at full speed,” she added.