President Donald Trump said Thursday that some states would be able to reopen as soon as Friday, provided they met certain requirements.

“They will be able to go literally tomorrow, yes,” Trump said at the White House press briefing as he unveiled the new guidelines.

The president said that more rural states such as Montana, Wyoming, and North Dakota already met the requirements but said he would allow the states to set their own dates for reopening.

Trump said that about 29 states would be “in the ball game” of being ready to reopen, but added that such as New York and New Jersey would be allowed to set their own pace.

New York and surrounding states have already extended their state shutdowns until May 15.

Dr. Anthony Fauci said that reopening each state would not be like a light switch, but a gradual process after passing a “hurdle” of criteria, including testing and contact tracing for infected individuals and supplying personal protective equipment to handle a potential surge of cases. 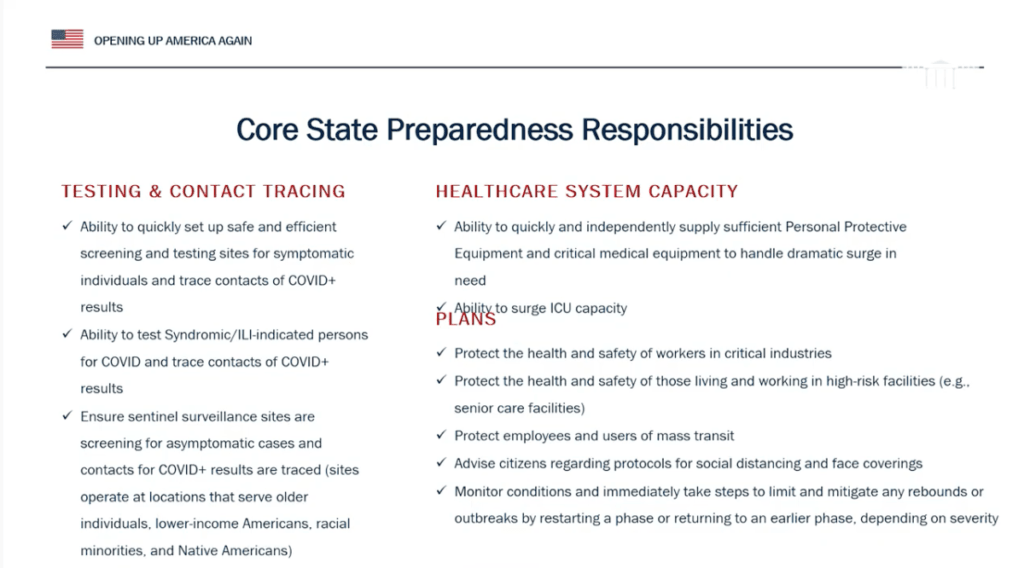 Criteria for states to reopen

“We have areas of the country that have gone through a terrible ordeal, and others that fortunately have gotten through this rather lightly,” Fauci said.