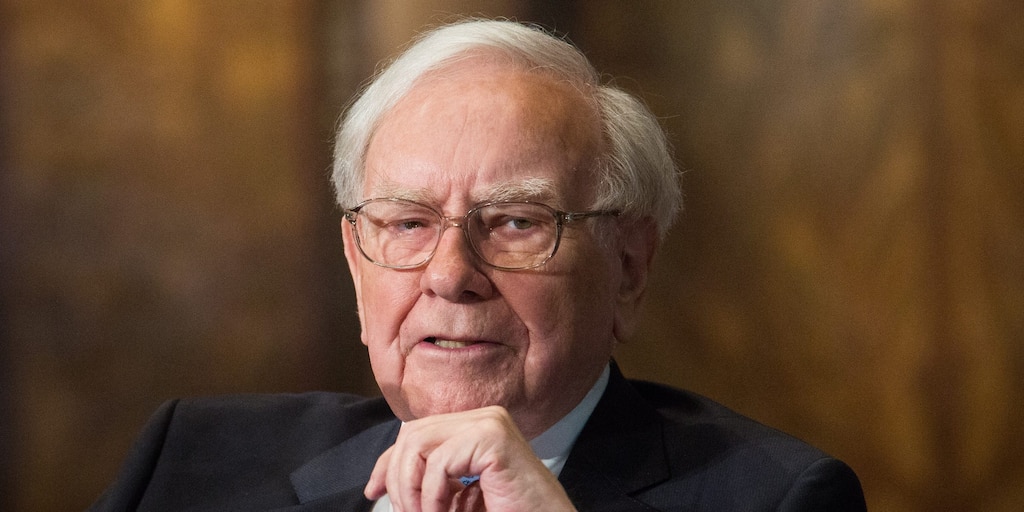 Warren Buffett cut his JPMorgan and Wells Fargo stakes and invested in Barrick Gold last quarter, according to a regulatory filing on Friday.

The sales meant the two holdings — which ranked among Berkshire’s 10 largest positions at the end of the first quarter — shrunk in value to about $2.1 billion and $6 billion respectively as of June 30.

Buffett and his team also bought about 21 million shares of Barrick Gold, a gold-and-copper miner. The position was valued at about $560 million at the end of the second quarter.

The investment is a surprise given Buffett has repeatedly criticized gold as an inferior investment to businesses, farms, and other productive assets. The precious metal is “neither of much use nor procreative,” he said in his 2011 shareholder letter.

Berkshire took a knife to several of its financial holdings last quarter. It dumped the rest of its Goldman Sachs stake, after cutting it by more than 80% in the first quarter. It also sold shares of BNY Mellon, PNC Financial, US Bancorp, Visa, and Mastercard.

Moreover, Berkshire lowered its SiriusXM stake and exited its position in Burger King-owner Restaurant Brands. It also dumped its common shares of Occidental Petroleum, although it continues to hold preferred stock in the cash-strapped oil producer.

Buffett’s company only bolstered a handful of positions such as Kroger, Suncor Energy, and Store Capital.

Overall, Berkshire’s stock portfolio grew in value by 15% to about $202 billion last quarter. Apple, its biggest holding, was a key driver as its value soared by more than 40% to about $89 billion in the three-month period.

The filing shed light on Berkshire’s $13 billion in net stock sales last quarter, as outlined in its earnings last week. Its dumping of the “big four” airline stocks in April accounted for almost half of that amount, while the remainder reflected its sale of several, mostly financial, holdings.

Buffett’s extensive pruning of his portfolio strikes a contrast to his aggressive spending in recent weeks. Berkshire struck a $10 billion deal to acquire most of Dominion Energy’s natural-gas assets in early July, plowed more than $2 billion into Bank of America stock in the three weeks to August 4, and appears to have repurchased more than $2 billion of its stock in July.

The US Postal Service is weighing higher fees on domestic packages

How to download from Tidal and listen to music offline

How to take a screenshot on any Samsung tablet model

The US Postal Service is weighing higher fees on domestic packages

How to download from Tidal and listen to music offline