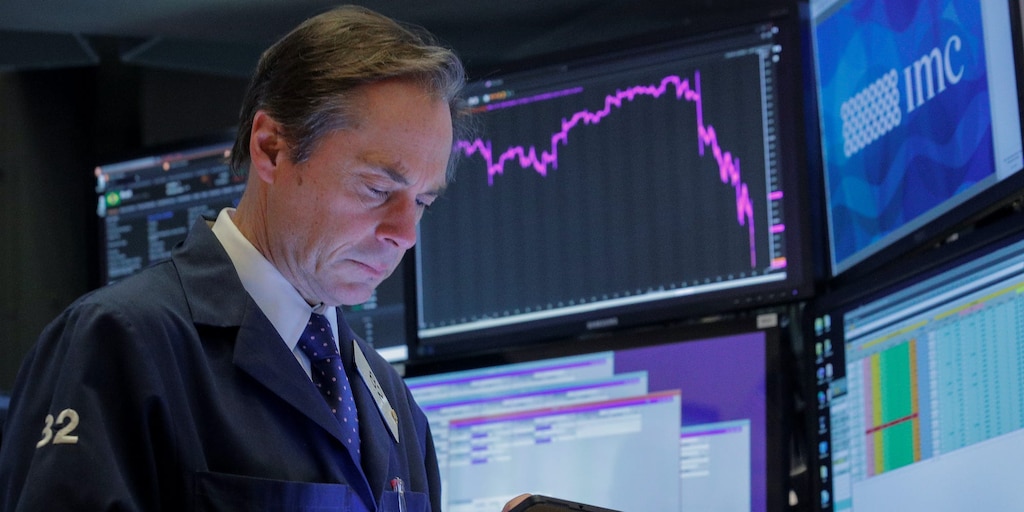 US stocks edged lower on Friday to close out a week that saw multiple major indexes hit record highs.

But traders continued to trim risk on fears of a longer-than-expected recession. Treasury yields ticked slightly lower, and the dollar extended gains after tanking to a two-year low earlier in the week.

Here’s where US indexes stood shortly after the 9:30 a.m. ET market open on Friday:

Read more: Steven Goldstein successfully played the market for 25 years before starting to coach traders who manage billions. Here are his 15 ‘golden’ rules that helped him ensure investing success.

“The mid-summer drag has well and truly taken hold as investors prepare for a bumper end to the year,” Craig Erlam, a senior market analyst at Oanda Europe, said in a note. “Perhaps a breather is what we need.”

The market decline came after rallying tech stocks erased losses in Thursday trading. Investors got their latest sign of a weakening economic recovery on Thursday morning when the Labor Department said jobless claims climbed to 1.1 million last week; economists surveyed by Bloomberg had expected a reading of 920,000.

Traders found some optimism in vaccine news from Pfizer and BioNTech. The companies said late Thursday that their experimental coronavirus vaccine could be sent to regulators for approval as early as October. They also said the latest study of the vaccine found fewer side effects than past trials.

Oil continued to trend lower as fears of weak demand escalated. West Texas Intermediate crude fell as much as 1.5%, to $41.94 per barrel. Brent crude, oil’s international benchmark, dropped 1.7%, to $44.11 per barrel, at intraday lows.