A recent Reuters poll found that 51% of Republicans support sweeping police reform proposals that would move money from police budgets into other areas.

The Ipsos poll done for Reuters claims to represent how all Americans would poll 19 times out of 20. It also says its numbers are accurate within a margin of error of 3.3 plus or minus.

Other areas that seem to have expansive Republican support include the banning of choke holds to restrain civilians/suspects, banning racial profiling from the police, requiring police officers to intervene when they see misconduct from other officers and independent investigations of police departments that show patterns of misconduct.

It appears some Republican lawmakers have begun following suit as Republican House Minority Leader Kevin McCarthy said Thursday that the GOP “conceptually” agrees with aspects of the sweeping police reform bill unveiled by the Congressional Black Caucus earlier this week, according to Politico. He also supports Democrats proposed ban on police choke holds they reported. (RELATED: Democrats Set To Unveil Sweeping Police Reform Legislation, Aim To Vote On It Before July 4th Recess) 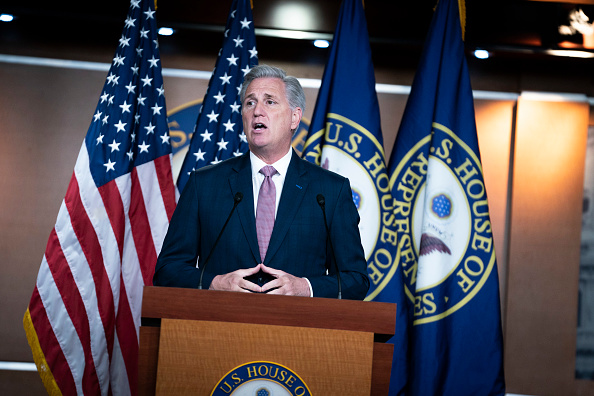 However, McCarthy did take issue with Democrats drafting the legislation without any GOP input and attacked House Speaker Nancy Pelosi for “politicizing” the legislative efforts on police reform by blocking Republican input at the start.

“There very well could be” a bipartisan agreement on police reform, McCarthy told reporters during a news conference this week, according to Politico. “I think there’s a place where we can work together. … There’s a lot of concepts that we agree upon.”

Senate Republicans are planning to roll out their own police reform legislation to curb police misconduct, which is being spearheaded by Republican South Carolina Sen. Tim Scott.