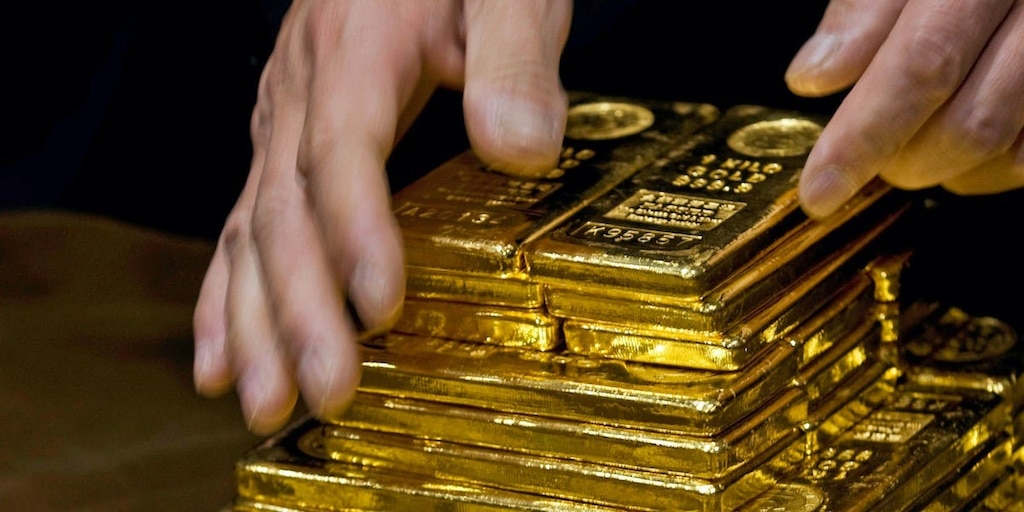 Gold’s rally over recent weeks sets it up to post record-highs before the year is out, Bank of America said in a Tuesday note.

The precious metal is up 17% year-to-date, thriving on investors betting the coronavirus will drive a prolonged recession. Gold’s trading range now sets a breakout level at $1,900, the firm said. Should traders continue to flock to the popular safe haven, it stands to keep gaining through the end of the year.

“The breakout occurring now that is ending Q2 completes an eight week trading range that has resumed higher,” Paul Ciana, technical strategist at Bank of America, wrote. “These patterns say gold can make a new all-time high in [the second half of 2020] with Q3 on our mind.”

Read more: A CEO overseeing $147 million outlines his 4-part strategy for identifying which stocks to buy — and shares 2 he sees primed to explode higher right now

Gold reached its highest point since early 2012 on Wednesday as rising COVID case counts fueled fresh recession fears. Though the metal slumped through March as the coronavirus pandemic prompted indiscriminate selling, it was one of the first assets to retrace its year-to-date losses. April’s sharp rally slowed and set the stage for Bank of America’s projected run-up.

The consolidated trading range seen throughout May and June gave gold “time to cool off” and allowed net non-commercial positioning to fall from record highs, Bank of America said.

Gold currently trades at roughly $1,770 per ounce, and the $1,800 threshold serves as its next major challenge. When prices peaked in 2011, that level was challenged three times to no avail. Passing $1,800 “would be meaningful,” Ciana said.

A major safe-haven pivot might not be enough to prompt such a rally, the analyst added. Gold is investors’ third most popular risk-off asset, falling behind 10-year Treasury notes and put options against the S&P 500. A separate Bank of America survey deemed gold the fourth most-crowded trade behind Treasurys, cash, and tech stocks. While sentiment shifts risk ending the precious metal’s upswing, Ciana expects trade tensions, near-zero interest rates, and reopening risks to boost gold’s appeal.

Aram Green has crushed 99% of his stock-picking peers over the last 5 years. He details his approach for finding hidden gems — and shares 6 underappreciated stocks poised to dominate in the future. 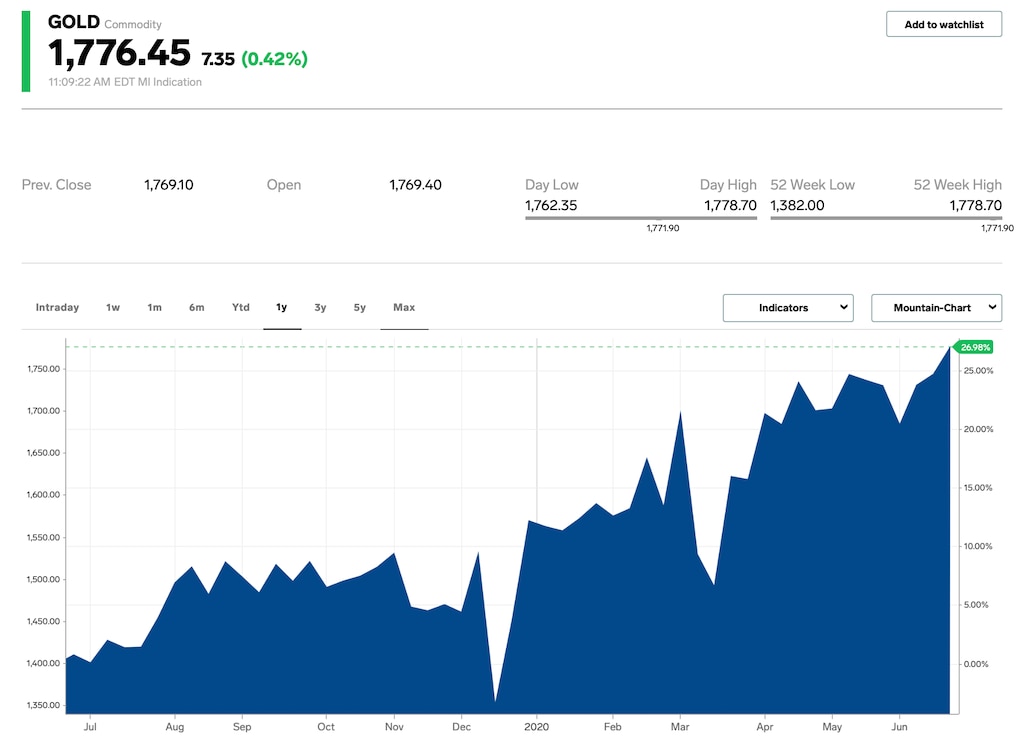