Texas Land Commissioner George P. Bush warned protesters not to “mess with the Alamo” on Saturday as vandals have targeted other historical sites around the country.

Bush said his office is monitoring “social media posts and rumors from protesters who are threatening to come to The Alamo” and said law enforcement stands ready to protect the historical site, which is located in San Antonio, Texas.

“The Alamo is the Shrine of Texas Liberty. And it will be defended. My office is closely watching the social media posts and rumors from protesters who are threatening to come to The Alamo,” Bush wrote in a statement he posted to Twitter. (RELATED: ‘My Ward Is A SShow’: Here Are The 17 Most Explosive Quotes From Chicago Leaders’ Leaked Meltdown About Violence, Looting) 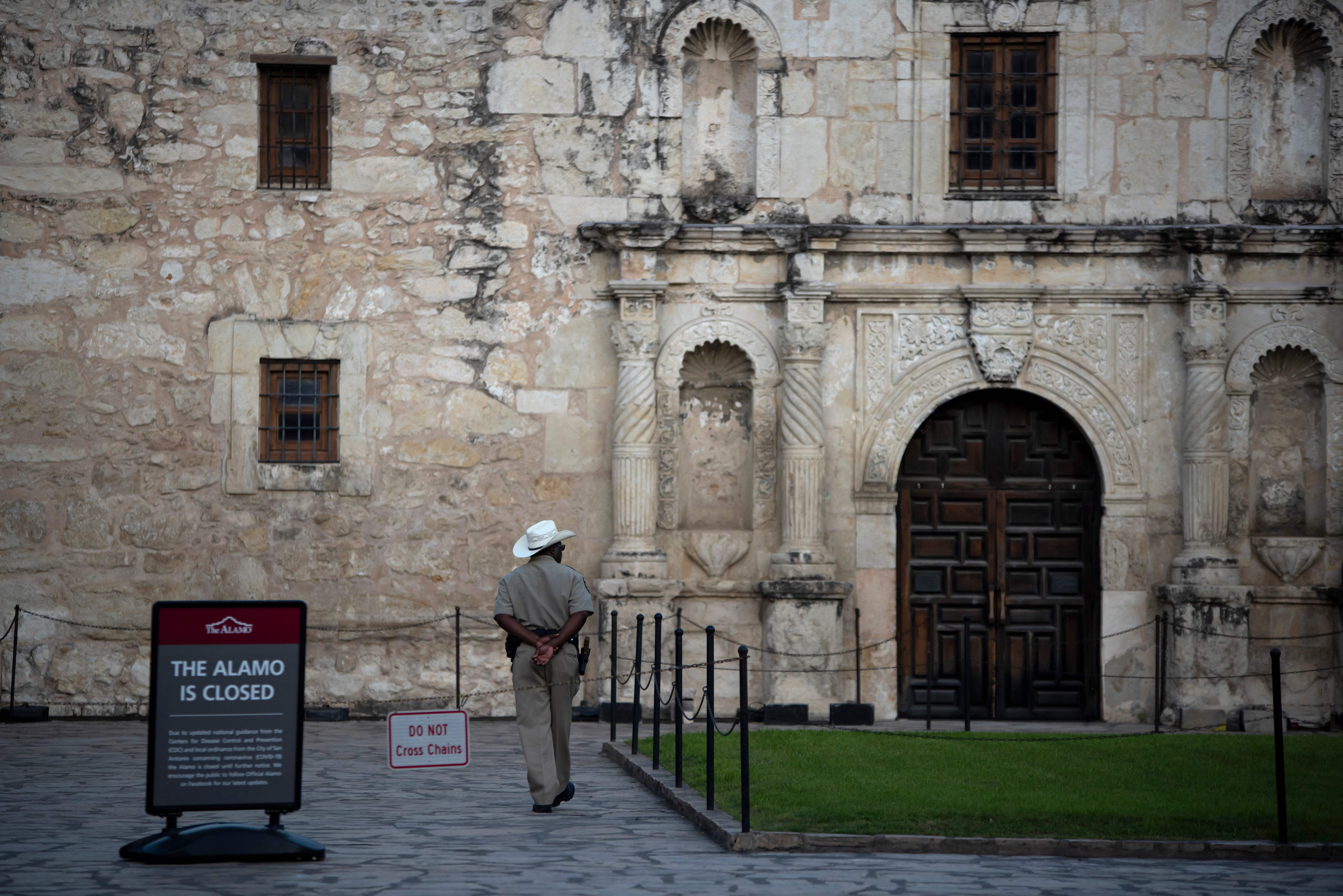 A police officer walks outside of the closed Alamo on April 1, 2020 in downtown San Antonio, Texas, during a stay at home order amid the coronavirus outbreak. (MARK FELIX/AFP /AFP via Getty Images)

“Rest assured we have already deployed, for several weeks and will continue to do so, the Alamo Rangers in partnership with SAPD, The Department of Public Safety and The National Guard to protect this sacred site,” he added. “My message to the protesters is simple: Don’t mess with The Alamo.”

Don’t mess with the Alamo. pic.twitter.com/oqDM8wUOrT

Vandals have attacked statues abroad as well. A Winston Churchill statue was defaced in London, while protesters in Bristol, England, threw a statue of a former slave trader into the city harbor. Thousands of people have also signed a petition calling for the removal of a statue of Mahatma Gandhi in Leicester, England.

Bush is the son of former Republican Florida Gov. Jeb Bush, though unlike his father, he has committed to supporting President Donald Trump for re-election in November.