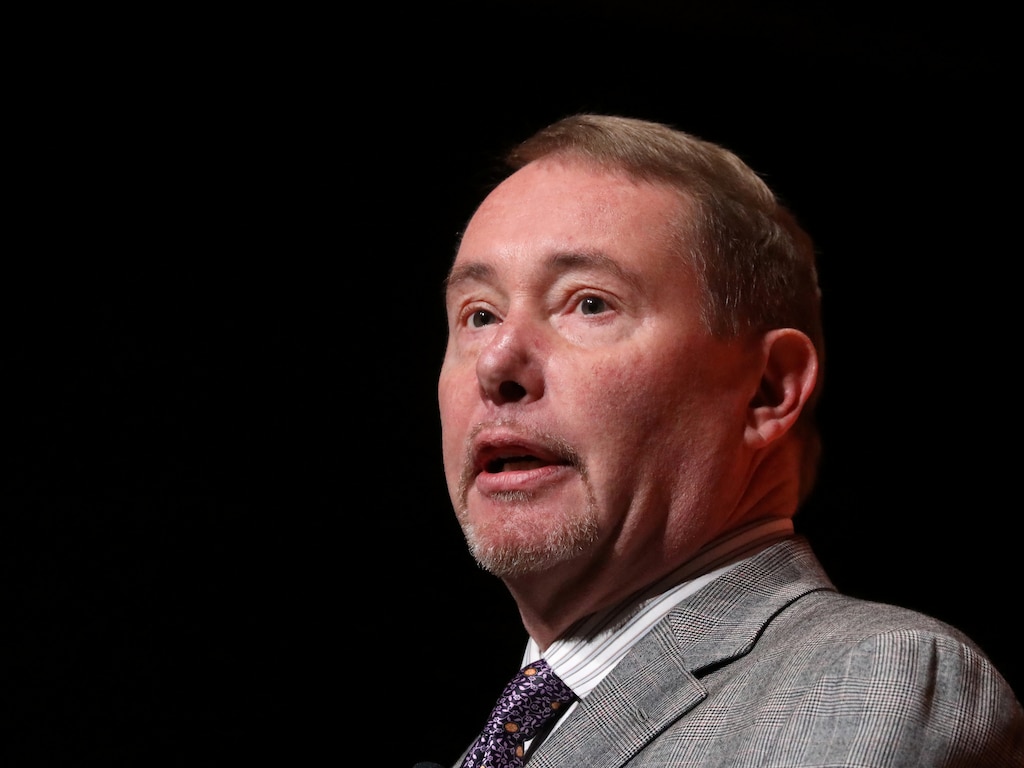 Jeffrey Gundlach said in a webcast to investors on Tuesday that the market is acting “somewhat dysfunctionally” and that projections from banks that the U.S. economy will recover quickly were highly optimistic, Reuters reported.Â

The S&P 500 index collapsed into a bear market this quarter, while losing 12.52% in March at a record pace in an environment of unprecedented economic uncertainty due to the coronavirus pandemic. Its previous biggest monthly decline was in October 2008 with a 16.94% slide.

The webcast, meant to address investors on the economic impact of the coronavirus pandemic, was called “The Tale of Two Sinks” – an indistinct reference to the 2008 financial crisis and the current one.Â

The Wall Street bond king believes the March lows will be eclipsed in April when continued economic uncertainty could further rile investors. “I think we are going to get something that resembles that panicky feeling again during the month of April,” Reuters reported Gundlach, a bond manager and co-founder of DoubleLine Capital told investors.

Read more: Bank of America examined the stock market during every recession since 1929 and concluded the recent meltdown is not over. Here’s its trading strategy for a deeper crash.

Gundlach believes that the market will get back to a better place, but it’s “just not going to bounce back in a V-shape back to January of 2020,” Reuters said.

Meanwhile, speaking to CNBC on Tuesday, billionaire investor and co-founder of Oaktree Capital Howard Marks also gave a negative outlook due to economic uncertainty but said investors can do some buying as “things have gotten cheap enough.”Â

However, Marks urged investors to be cautious in times of uncertainty such as this and added that his approach “is not black or white, buy or sell”.Â

Struggling companies, like the giants Boeing and ExxonMobil, have induced the drag of the Dow index.Â Major US stocks declinedÂ on Tuesday in the worst first quarter in history, with the Dow Jones having tumbled 23%.

Read more: ‘Absolutely zero money out of my own pocket’: Here’s how Jared Holland turned a little-known real-estate investing strategy into screaming business – and nabbed a $120,000 profit on a ‘free house’